« Back To The Trash 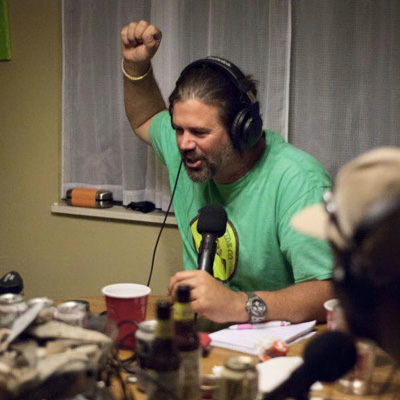 On orders from the USAF, Larry was born in the panhandle, thus laying claim to the title “Native Floridian”. After a few years of moving around, his family returned home to East Tennessee. Its where he grew up; exploring the woods surrounding the family homestead, working at a neighbor’s farm and spending summers camping from coast to coast across North America.

After a stint at the University of Tennessee, where he spent too much time at The Library, he ended up in Florida again.

His love of fly fishing was sparked in Mosquito Lagoon, chasing redfish on a skiff. That love affair has taken him across the Caribbean, the Rockies, Canada, Alaska and Hawaii as well as a few places in between.

He wears work boots for his day job, but has never stopped dreaming of the next place he’ll visit to explore with a fly rod in hand.

He has an amazing wife, incredible son and faithful yellow lab for a family and enjoys travelling with them whenever and wherever they can.

At his core, Larry is a highly experienced loafer, galavanter and raconteur. He may have been raised in E. TN and live in FL, but the world truly is his oyster.